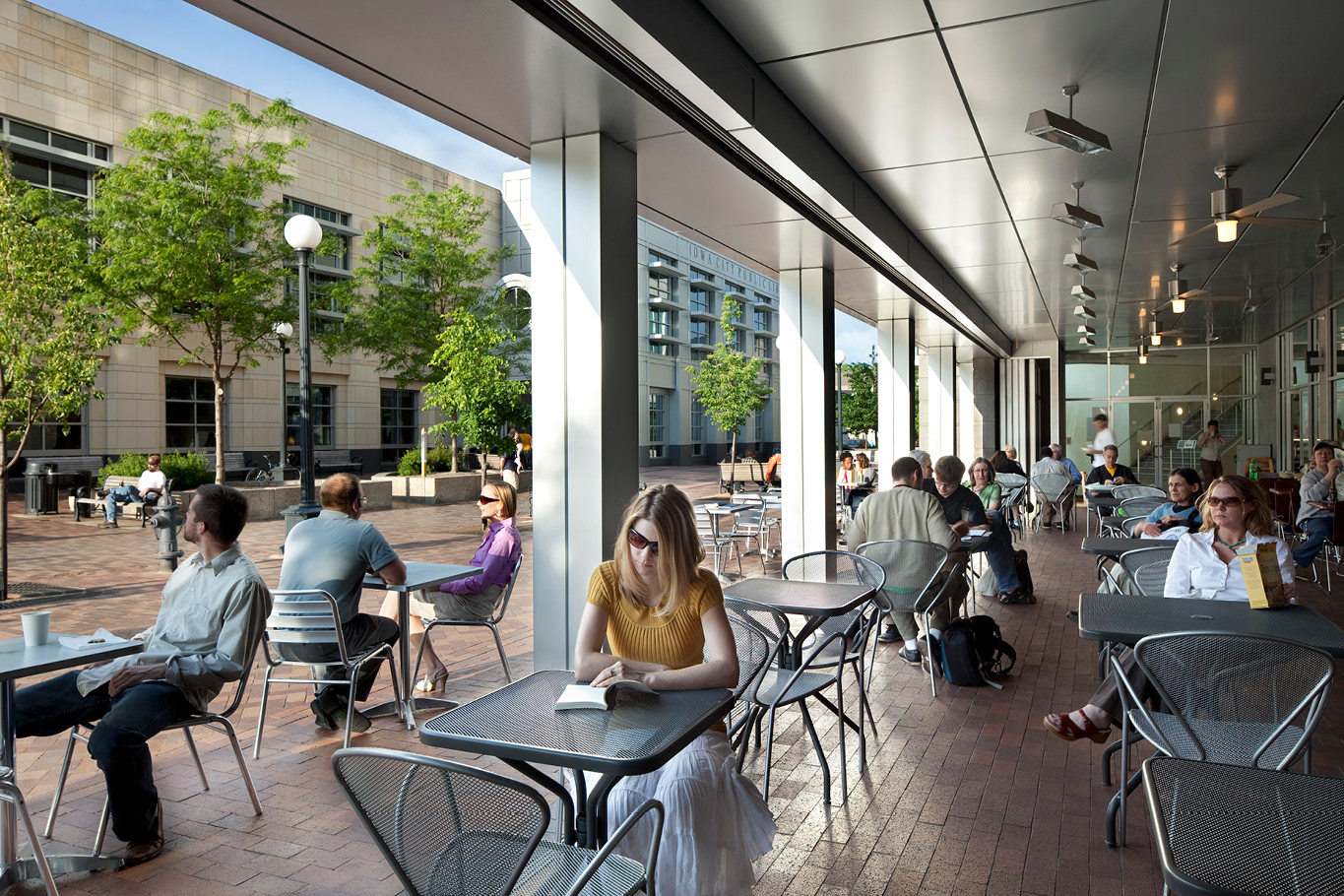 Twenty-five extraordinary developments from around the world were selected as finalists for the Urban Land Insitute’s (ULI’s) 2017 Global Awards for Excellence, widely recognized as one of the land use industry’s most prestigious award programs. This year’s finalists include three located in Asia, two in Europe, and 20 in North America. Neumann Monson is proud to be included for Plaza Towers in downtown Iowa City.

Weathering a contentious approval process, Plaza Towers diversified downtown’s residents and introduced a synergistic mix of new uses. At the time, Iowa City’s downtown was regressing into a “campus town” and losing its role as the community’s commercial and cultural center. To support permanent resident population, the project interwove a complex program in collaboration with a local hotelier, a gym operator, holistic healing practitioners, a grocer, and the adjacent public library. Efficient use of materials and building systems enabled the project to meet a $126/sf first cost that could be supported by a proforma. Plaza Towers opened fully occupied and has been since. The grocery store, restaurant, office space, and hotel adds vitality to downtown. The project is a community gathering place, integrating an active adult population into downtown’s fabric while nearly tripling the CBD’s tax base and embedding infrastructure to support and catalyze local investment.